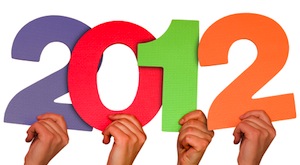 In 2012 there was no shortage of volunteer opportunities. One of the biggest catalysts for volunteerism, of course, was this year’s election. Regardless of political allegiance, there was an opportunity to make a difference. Both national and local candidates organized scores of people to help get out the vote.  In addition, inclement weather played a factor in driving 2012’s volunteer initiatives.  Hurricane Sandy was especially devastating, increasing the need for a wide spectrum of volunteers.  In this article, we’ll take a closer look at 2012’s year in volunteerism and how technology contributed to the cause.

The 2012 Elections: How did the presidential campaigns do it? On the Democrats’ side, a major portion of volunteer mobilization occurred at a grass-roots level, with close to 700,000 get-out-the-vote shift commitments from volunteers on the last weekend before Election Day. Romney’s campaign used a similar grass-roots strategy, using volunteers to knock on 30,000 doors in a single weekend during the primary. Another tactic for the Obama campaign was reconnecting with volunteers who had been active in the 2008 campaign and asking them for their time and effort again in 2012. Technology also played a large role in the campaigns, as both Republicans and Democrats developed apps and websites to further their causes. For example, both parties launched Facebook apps that located voters who did not have a landline and could not be contacted by cellphone.

Storms of 2012: It’s easier to manage volunteers when events occur on a regular basis, such as a presidential election, but unpredictable tragedy also drives demand for volunteers. This year was no different in that respect. A summer storm left widespread power outages in the Midwest for days, and, of course, this fall Hurricane Sandy devastated many areas in the mid-Atlantic. In each case, volunteers came to the forefront to help ease the burden. The Corporation for National and Community Service has partnered with FEMA and other agencies to coordinate volunteer recovery efforts for those impacted by Sandy. The Corporation’s site gives links to national and state websites organizing the ongoing recovery process and even offers those visiting its site a widget to help locate volunteer opportunities in affected areas.

The Role of Social Media

In 2012 it was clear that social media avenues like Twitter and Facebook are excellent ways to spread an organization’s message. Using the Obama presidential campaign once again as an example, political analysts and marketers alike marveled at how well the campaign leveraged social media to “get out the vote.” One thing this campaign taught us was that it’s not enough to just pass a message to your audience; for an online campaign to really pick up steam, your recipients need to pass the message on to their audiences. 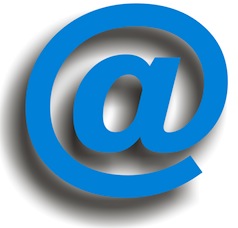 support. In just one day the Red Cross tallied over 540,000 posts on social media sites related to the hurricane. This awareness means a greater number of potential volunteers and donations. Furthermore, it’s more likely that people will help when solicited by a friend than by an advertisement.

However, the ease with which someone can just repost or re-Tweet a message does have its pitfalls. Notice that the Red Cross had 540,000 posts in a day, not 540,000 volunteer sign-ups or donations. Robert Wolfe, co-founder of the crowdfunding social platform Crowdrise points out in a recent Huffington Post article “… some concern is that on Twitter success is a re-Tweet instead of taking real action.” He continues, “Something we all need to guard against is making sure it doesn’t stop real action.”

So what can you take away from this quick look at 2012? A major thread running through our featured examples is technology. It’s a key piece of today’s volunteer landscape – and a vital one on which to capitalize in several areas: