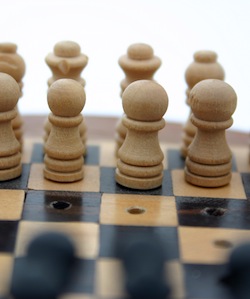 The following article is the next in an ongoing series on the topic of constituent engagement.

In our most recent blog, we gave some quick tips for engaging volunteers through technology. This month, we’ve decided to piggyback on the theme, concentrating on the specific area of social media engagement. Ask any marketer and he or she will tell you that this is a hot topic in almost any environment, be it in the nonprofit or business world. Below we’ve offered some suggestions as you prepare to get your social media strategy up and running.

Before You Get Started: Why is Social Media Important?

Social media is such a useful tool because it appeals to so many types of people. It’s tech-driven, so the younger crowd loves the constant connectivity and feedback. Baby Boomers and the Gen-X demographic, on the other hand, also enjoy the tech features, but the strong human component is also a big bonus. Social media has been described by many as being “word of mouth, but at the speed of light.” It’s true. If you want to get the word out and let it spread, there’s no faster way than clicking the “post” or “tweet” button.

Now think about whose attention you want. For example, if you need teen volunteers, you’ll probably stay away from LinkedIn, since its concentration is on the professional crowd. Twitter is still hot amongst this group, but Facebook is losing favor in the eyes of teenagers. On the other hand, Facebook is still strong with other demographics, so if your need is parents who can volunteer in the evening hours, go with it. If you’re looking to align yourself with businesses, then LinkedIn is an awesome place to make connections. Just make sure you’re taking some time to think about where you want to go, and then consider which social media road or roads can take you there.

Many nonprofits have difficulty coming to terms with this. Yes, even nonprofits are competing to a certain extent. There’s only so much money and time to be donated, and if you are asking for either of them, another organization probably is, too. Although the competition may not be as cutthroat as it is in the for-profit world, it’s still there. So check out what your competitors are doing with their social media presence. Where are they posting, and how are they engaging their audience? If they are doing a good job, consider modeling your efforts after theirs. If you see holes in their campaign, that’s where you can solidify your position.

Planning Is Only the First Step

Social media may change over time, but, from our point of view, it’s not going anywhere. Just as people naturally assume an organization has a website, for most it’s now a foregone conclusion that they will be able to follow you on Twitter or become a Facebook fan. So it’s best to view social media simply as another tool in your marketing bag. Best of all, it’s a free and easy way to keep in touch with your supporters. Don’t miss out on this important opportunity to stay connected.

Stay tuned for our next “constituent engagement” article. We’ll be expanding on this topic of building a social media game plan.