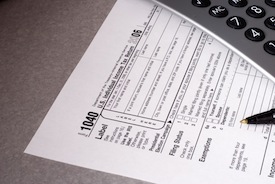 Peter Funt, second generation Candid Camera host, has turned his attention to more serious topics lately. In the past several years, Funt has written op-ed pieces, some of which have been picked up byThe Boston Globe.

One of his recent articles, arguing in favor of tax breaks for Americans who volunteer their time,was picked up by the media in late December 2010. Funt is certainly not the first to bring this concept to the table, but his idea is receiving press throughout the country. Newspapers in at least twelve states carried the column, and a Google search shows that it has also been posted on several blogs.

In his article, Funt argues that unpaid volunteers in the U.S. should receive a federal tax credit that “would help Americans at all income levels pay a bit less, while also providing some benefit to the unemployed.” Following are his main talking points:

Funt acknowledges that his idea would create more paperwork for non-profits, but points out that documentation for monetary donations is already being generated. He also believes this proposal would alleviate some of the imbalance between paid workers and volunteers working side by side at the same agency. Giving a nod to possible abuses, Funt states, “But whom should the IRS worry about more: the billionaire who bends the rules when claiming a five-digit deduction, or the… [volunteer] who adds 15 minutes to his time sheet?”

The idea of volunteer tax credits has previously been introduced in Canada as well, but as an incentive to volunteer rather than as a reward for doing so. Rosemary Byrne, president of Reseau de l’Action Benevole du Quebec (RABQ), was part of a team that explored the impact of a potential tax incentive in her province. The group examined how similar laws in Belgium, France, and other parts of the world affected volunteerism, and came to a somewhat surprising initial conclusion. “[Tax credits don’t] seem to have made a difference in terms of the numbers of people volunteering,” Byrne explains.

On the other side of Canada, Karen Lynch, executive director of Volunteer Alberta, also requested an objective evaluation. “I wanted to provide research one way or another so that at least if we’re going to have public policy, it was informed,” comments Lynch. The results of the 2009 study pointed out several potential issues with the proposed legislation. Among those are a significant reduction in tax revenues; a lack of agreement on the value of a donor’s time; and issues with documenting time volunteered. Perhaps the most surprising finding, though, was that a tax credit for volunteer time may actually decrease monetary donations to nonprofits.

Gaining Traction in the USA

Research regarding paid volunteers — and public opinion on this topic — still continues in Canada. Back in the United States, however, the idea of a tax incentive for volunteering is already being implemented, at least at a local level. Central Pennsylvania’s The Centre Times reports that Bellefonte, Pennsylvania residents ages 60+ are being offered up to $500 off their property taxes in exchange for volunteering at area public schools. “The goal, quite frankly, is to engage as many senior citizens who have some difficulty financially — to get them involved in our schools, so they can help themselves make ends meet, and also assist our district in getting some of the things done without hiring additional people at a greater cost,” states interim superintendent John DiNunzio, who heads the 2900-student system. DiNunzio has launched similar programs in two other Pennsylvania school districts.

Will the trend of tax incentives for volunteer time be picked up at a federal level in the United States? It’s an issue with many facets to consider. Only time, debate, and additional research will tell.

School Volunteers Can Get Tax Breaks