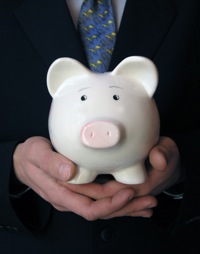 Effects of the economy are continuing to change how the world works on many levels. For nonprofits,one of these adjustments comes in the form of exploring alternative funding sources. As such, the idea of social entrepreneurship is beginning to take a firmer hold. J. Gregory Dees, founder of the Center for the Advancement of Social Entrepreneurship at Duke University’s Fuqua School of Business, explains this movement: “It combines the passion of a social mission with an image of business-like discipline, innovation, and determination commonly associated with, for instance, the high-tech pioneers of Silicon Valley.”

The buzzword is a somewhat recent development (within the last few decades), but the practice of social entrepreneurship is not new. According to brighthub.com, it can be traced back as early as the 18th century and includes legendary figures such as Florence Nightingale, who established the first nursing school; Maria Montessori, famous for her early education methods; and Franklin Delano Roosevelt, known for his initiatives to pull the United States out of the Great Depression.

Various sectors are now getting involved with social entrepreneurship. Investment companies such as Prudential and Imprint Capital Advisors are taking notice and looking for opportunities to inject capital into companies with worthwhile agendas. Higher education has also taken note. For example, the Social Entrepreneur Corps, founded in 2005, provides college students and new graduates opportunities in developing countries and has instituted partnerships with schools such as University of Notre Dame, Duke University, and Columbia University. Media is shining a light on social entrepreneurship, too; Bloomberg Businessweek is bringing this approach to the forefront in its third-annual 2011 Social Entrepreneurs Roundup. As per its website:  “Here’s what we are looking for: entrepreneurs creating profitable, scalable companies to solve social problems. We want businesses with social missions baked into their operations, not tacked on as extras. We want companies that can demonstrate results, both in the marketplace and in their missions.”

As evidenced by Greyston Bakery and many other organizations, this blending of “marketplace… and missions” can be a recipe for success.