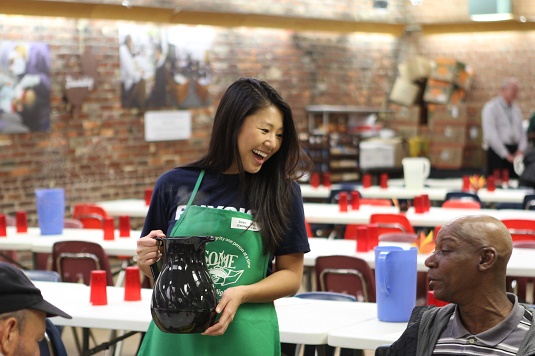 So Others Might Eat (SOME) is an interfaith, community-based organization that exists to help the poor and homeless of our nation’s capital. We meet the immediate daily needs of the people we serve with food, clothing and health care. We help break the cycle of homelessness by offering services, such as affordable housing, job training, addiction treatment, and counseling, to the poor, the elderly and individuals with mental illness.

Since our founding in 1970, most volunteers at SOME have helped serve breakfast or lunch in our main dining room. More than 10,000 volunteers help provide or serve those meals each year, and nearly a third of them serve multiple times.

Hundreds serve with their company, their homeroom or their alternative break program, and a few even have volunteered on their birthdays. Whether they’ve served once ever, or weekly for forty years, volunteers have been the backbone of SOME’s main service opportunity for decades.

In the last few years, however, a new goal for volunteerism has emerged: Engage volunteers across our entire continuum of care and within our operations. SOME has grown into one of the most comprehensive service providers in the city, and we rely on more than 100,000 volunteer-hours annually.

Yet nearly all of those hours are served still in the main dining room, which is a low-barrier, low-skill opportunity. Could those volunteers help us grow and improve in other areas? Could we learn more about their skills and interests? Could we mobilize subsets of volunteers without pestering thousands at a time?

The answer is yes, of course, primarily thanks to VolunteerHub and its User Groups feature.

With User Groups, we can easily identify and communicate with volunteers in our dining room who have other special skills and interests. We can guarantee availability and show events only to certain groups, while capturing useful information from volunteers who were previously unrecorded. Also, User Groups are the linchpin of our accountability process for dining room volunteers. In short, the feature is incredibly useful.

Among our first steps to engage volunteers beyond the dining room was creating user groups that volunteers could join and indicate their skills and interests. The groups are based on passing conversations and formal survey feedback from programs around SOME that engage with volunteers.

New volunteers are presented with these groups automatically when they create their account, but we announced the change to drive traffic toward the affiliations page within user profiles. Within a few weeks we could start emailing subsets of volunteers for targeted recruitment.

Now, when we recruit for skill-based needs, instead of blasting more than thirty thousand accounts at once, we only email relevant groups. For example, when it was time to tune the dining room piano, we reached out to the music-related user groups to see if anyone knew a tuner – and we heard back from half a dozen, most of whom offered tuning services for free!

Besides adding themselves to user groups, volunteers can be added automatically to user groups through Custom Landing Pages that we create. We use those pages to save time and to grow our volunteer pool through group membership. 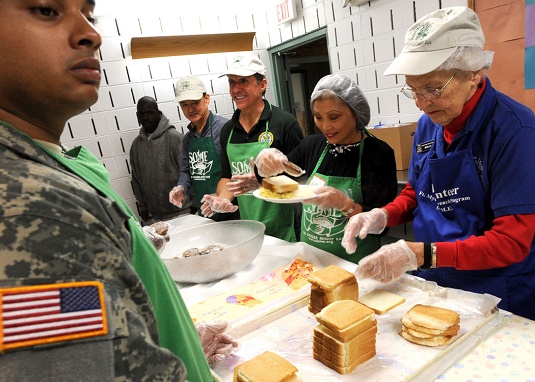 At its core, VolunteerHub makes volunteer scheduling easy for individuals while relieving coordinators of time-consuming tedium like matching shifts with availability. Group sign-ups are a little different, though. At SOME in particular, group leaders used to request reservations by emailing us, which basically negated VolunteerHub’s main function.

That process was prone to delays and double-booking. Individuals, who didn’t have to wait for our reply to claim a spot, often filled all available spots for an event before we could respond to a group reservation request.

To solve this problem with a small staff of just two-and-a-half, we needed to empower group leaders with more autonomy. So, we turned to User Groups and Custom Landing Pages and allowed group leaders to reserve multiple spaces under their own name without needing to contact us first.

After we’re notified about that reservation by an automatic confirmation email, we create a landing page for that group and send it to the group leader. The leader then shares their landing page with each group member and instructs them to sign up for the event by a deadline we set.

This is an extremely fruitful improvement, since we used to collect only group leader information, missing connections with the ten or fifteen other volunteers who would accompany them. With Custom Landing Pages and User Groups, we count about eight times as many active volunteers from groups than we used to.

User Groups also play a crucial role in our accountability system for dining room volunteers at SOME. We have a three-strike, no-call-no-show policy for volunteers, and we track strikes with one user group dedicated to each. Only administrators can see and adjust the membership in those groups, and they manually place volunteers into each based on an event’s attendance record.

They also enter the dates of no-shows in the Notes section of user profiles (which is visible only to administrators as well). In addition to the three strike groups, we add and remove volunteers from a group called Weekly No-Show, which we use to email volunteers who missed a shift during the previous week without prior notice.

If we don’t hear back from those volunteers after three no-shows, they are moved to the third-strike group which blocks them from logging into their account. Altogether, this has reduced no-shows, clarified sign-in procedures and helped take some guess work out of volunteer absences.

Once we concluded that many thousands of volunteers were being underutilized at SOME, and we sketched plans to increase volunteerism across our organization, we asked volunteers to indicate their skills and interests by joining user groups based on newly identified needs. When we wanted to make the group reservation process more autonomous and fruitful, we turned to User Groups once again along with Custom Landing Pages.

Finally, to faithfully implement a no-show policy, we began relying on User Groups along with the Notes feature. In all, User Groups has significantly improved volunteer coordination for our most popular opportunity in the past year, and it is playing a key role in growing our volunteerism. To be sure, we have been serving breakfast and lunch to anyone who needs it for about fifty years, and some of our volunteers have been with us for decades.

But with ten-thousand volunteers giving ten times as many service hours annually, we recognized tremendous untapped potential in our volunteer pool and User Groups has helped us unlock that potential. 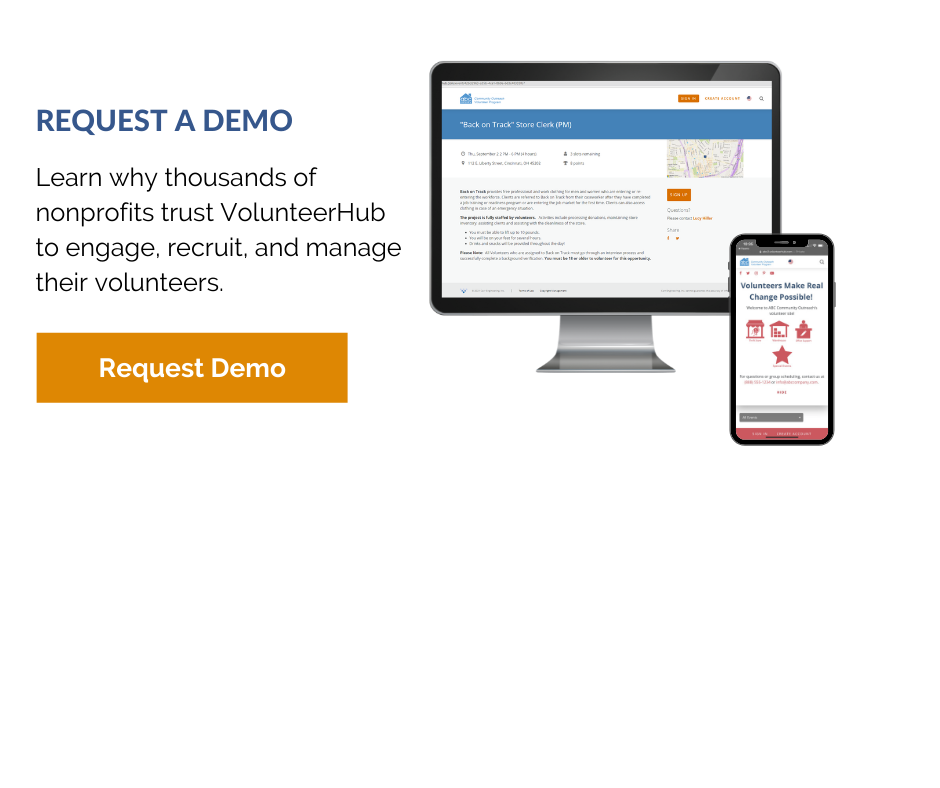 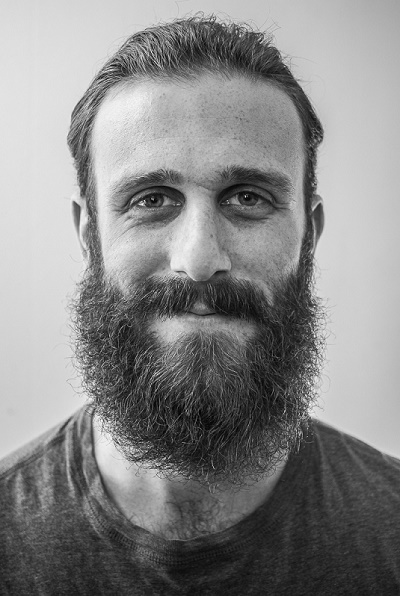 Tyler Benjamin lives, works and yes, volunteers, in Washington, D.C. Since Spring 2017, he has been responsible in part for all things volunteer related at SOME, a large, multi-site and multi-service non-profit that fights homelessness and poverty.

Tyler’s professional path is a similarly broad stroke, although it has revolved mostly around education, non-profits and building capacity at organizations that serve vulnerable populations.

He grew up in Florida but has called many places home between there and Maine, including Rhode Island and North Carolina. He is an AmeriCorps*VISTA alum, a mostly opportunistic photographer and on a quest to visit every museum D.C.

5 Ways to Better Support Your Volunteers in 2023

5 Ways to Better Support Your Volunteers in 2023

If you want volunteers to keep volunteering, your nonprofit organization must support them. Here are 5 ways to better support your volunteers and drive the most value from them in... More

Exceeding volunteer expectations is the best way to retain them. What are your volunteers hoping to gain? What does a good experience look like to them? Here are 5 ways... More